The Tokyo Resistance Line, which started with a ton of metal and retirement money

In Japan, which was beginning to hear the sound of war, there was no choice but to rely on imports of resistance wires from overseas.
At that time, the Japanese Navy started to manufacture resistance wires domestically.
Yukio Iino (later the founder of our company, photo on the right), who was attending an industrial university, was appointed as a technical researcher as a mobilized student of the Naval Technical Research Institute.
With three engineers, he was assigned to research and develop manufacturing technology for domestic resistance wires.

Since there was no resistance wire manufacturing technology at all, Yukio and his team had to explore by hand how to melt and mix metals and even how to inspect metals.
The methods of processing fine wires and measuring resistance, which are now commonplace, were cultivated through the research at that time.
This can be seen in the research materials that still remain from that time.

After the end of the war, Yukio, who was able to benefit from his knowledge of resistance wire research, provided technical guidance to general steel manufacturers on the melting method of nichrome wire, and greatly contributed to the domestic production of resistance wire.
Sachio Iino was the first person who spread the know-how of resistance wire manufacturing in Japan.

Eventually, the war ended and Yukio started working as an engineer for a private company.
After the war, the demand for resistance wires was still high, and the number of inquiries for samples of resistance wires gradually increased. 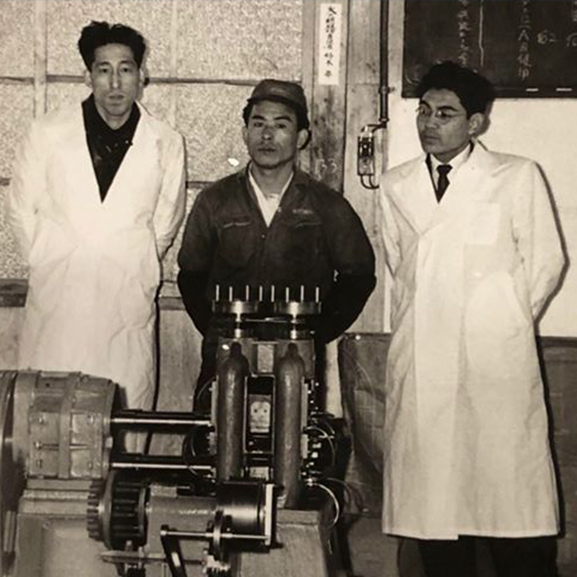 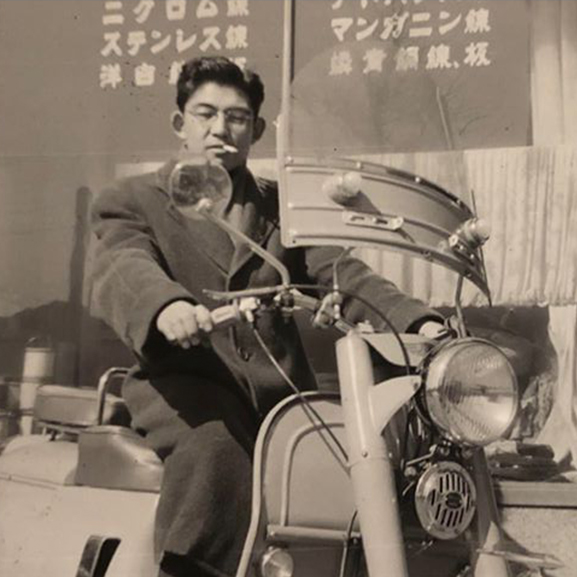 However, the company I worked for at the time needed to purchase metal in bulk, which meant that the minimum lot size of one ton of samples had to be unthinkable to sell.
We couldn't receive orders for resistance wires that were suitable for our customers, in quantity or to the specifications required.

Yukio felt uncomfortable explaining the situation to his customers and refusing every time they contacted him, so he resigned from his job and started his own business with the one ton of material he had purchased with his severance pay.

At that time, he established what is now Tokyo Resistive Wire Co., Ltd. to manufacture and provide technical guidance on the characteristics of materials and wire thickness to meet the needs of each manufacturer, and to manufacture resistance wires suited to the specifications of each industrial product.

In the midst of the post-war period when there was nothing left, entrepreneurs appeared who wanted to grow, and Tokyo Resistive Wire was able to grow with them by supplying resistance components, resistance wires and electric heating wires for electric heating equipment.
Many of the manufacturers who supplied components at that time grew to become the major electrical equipment manufacturers that you are familiar with today.

Takayuki Iino, the current president, started working for a foreign company after graduating from college.

The company was one of the world's leading manufacturers of electronic components such as potentiometers, resistor networks and hybrid integrated circuits (HICs).

Takayuki took the initiative in the electronics division of the company to meet with customers to understand their needs and find out the advantages and disadvantages of their products.
Then he was put in charge of a major company that was growing in Japan.

At the time, personal computers were beginning to dominate the world, and Takayuki became the world's number one seller within the company.

In the midst of Japan's continuous high growth, Takayuki gains the knowledge necessary for manufacturing a large number of electronic devices, and he learns what kind of products are required by observing various problems at workplaces.
Takayuki learned a lot about how to work and how to write proposals from the people in charge at major companies by diligently going to work for customers.

He recalls, "Those were the days when I was a businessman who was nurtured by my clients. 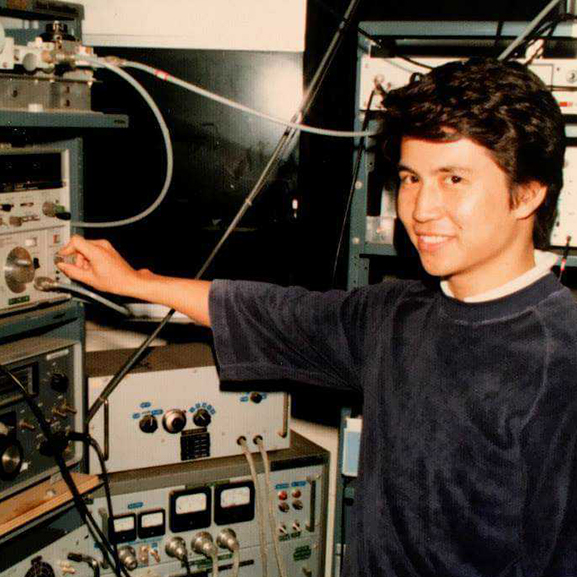 A business I took over with one phone call from my parents. 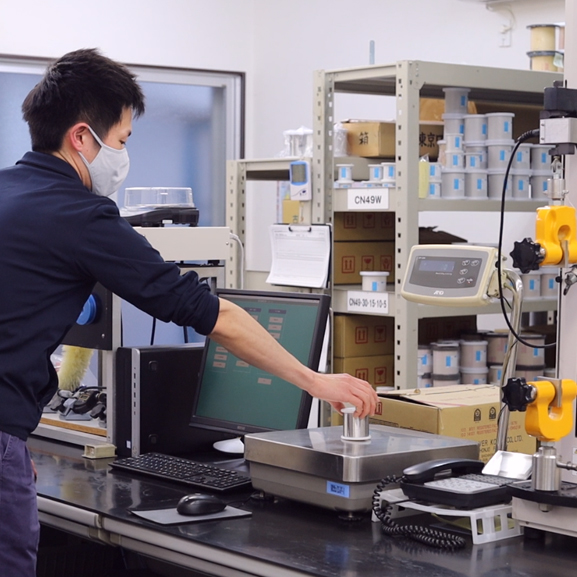 His father Yukio, who rarely received a phone call, called him and said, "I'm tired, can you help me?

He says, "I'm tired, can you help me?
The phone call is terminated.

This word bothered Takayuki and he resigned from the foreign company he was working for and started to run Tokyo Resistance Line.

The work flow at Tokyo Resistance Wire, including the method of shipping inspection, was so outdated that the company's operations were not systematized.
Seeing this situation in the company, Takayuki started to develop his own inspection equipment.
He computerized internal operations and built a more accurate and rigorous product inspection system. Utilizing the knowledge he had acquired at a foreign company, he guided the company in the development of efficient work practices and created a highly accurate inspection system.

Our original product inspection system, which has been continuously improved, contributes to our company's ability to maintain high quality because of its ability to perform very precise inspections.

A resistance line to support the products in our daily lives, for someone else's convenience

The founder, Yukio Iino, had "I want to fulfill my customers' needs." This thought is still the basis of our business at Tokyo Resistive Wire.

We are convinced that we can make the world a more convenient and enjoyable place to live by supporting the manufacturing of advanced technological products using our resistance wire technology, although it is hard to see it with our eyes.

This desire is still alive and well today.

Even today, with the advancement of mechanization and systematization, we still respond to detailed customer specifications and manufacture products by hand to meet the needs of the products to be incorporated.
The skilled skills of each employee are essential in the manufacture of highly precise components.

Resistive wires are used in the most advanced technologies familiar to everyone, such as electric cars and smartphones. 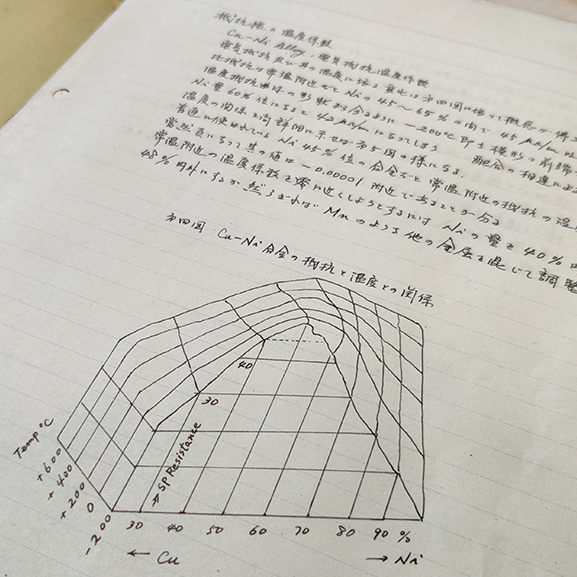